At the end of last year, Sydney Creative Play was hired by the Inner West Council to run some workshops in conjunction with the unveiling of their new “pride seats“.

They gave us a very simple brief, but sometimes simple is that most effective because it allows for open-ended interpretation. We were given a stack of postcards with rainbow letters spelling out “RESPECT” on one side, and on the other “RESPECT IS…” and participants were invited to create an image in response. 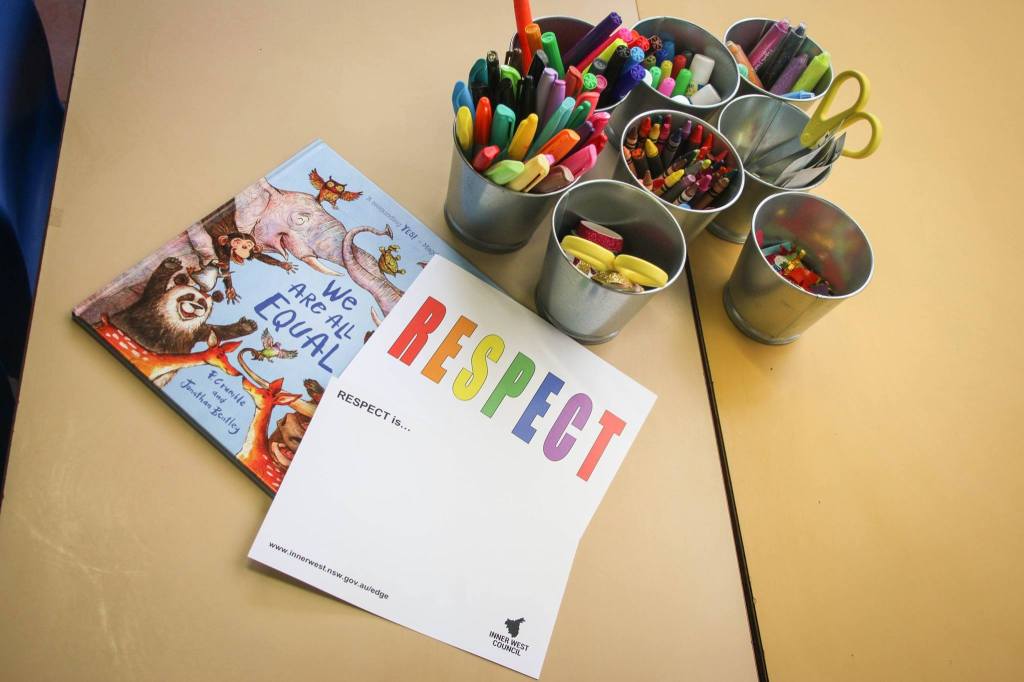 The first workshop I ran was at Australia Street Infants School’s OOSH program. We started by reading a book called “We Are All Equal”, though on second reading I changed the words to “We all deserve respect” and had a great chat with the kids about respecting all people, regardless of age, what they look like, what country they were born in, or what their families are like.

Then we moved to tables where I’d provided an array of materials for them to create. Some chose to use words, some drew pictures of people they respect, some just evoked feelings, but they were all unique.

The postcards were then gathered and display as an art project for the unveiling of the council’s first pride seat on Australia Street, outside the Newtown Neighbourhood Centre. 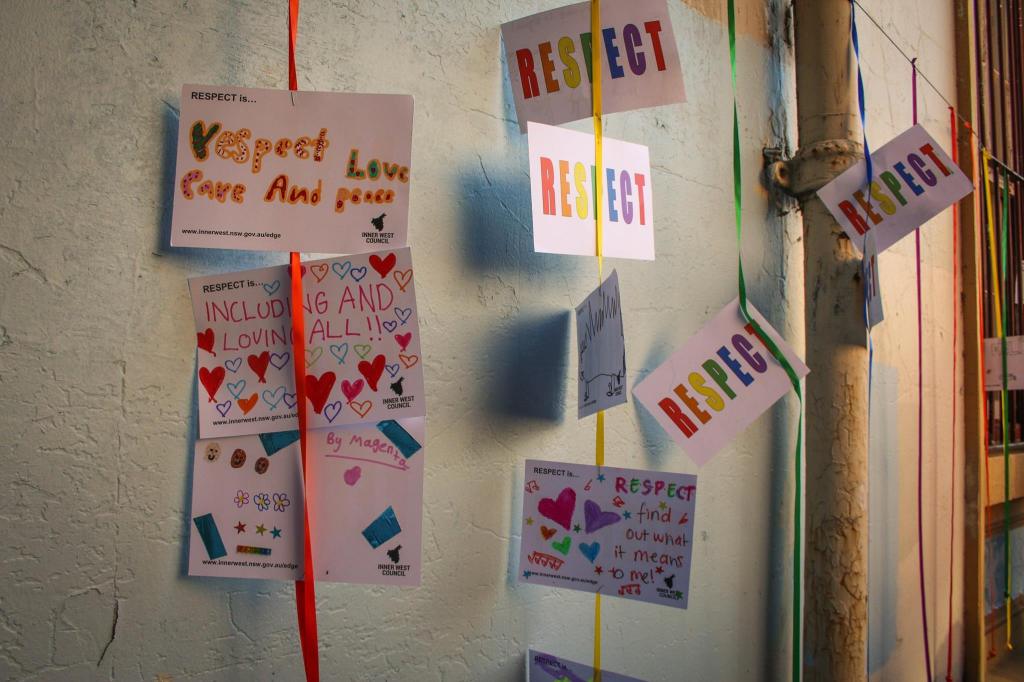 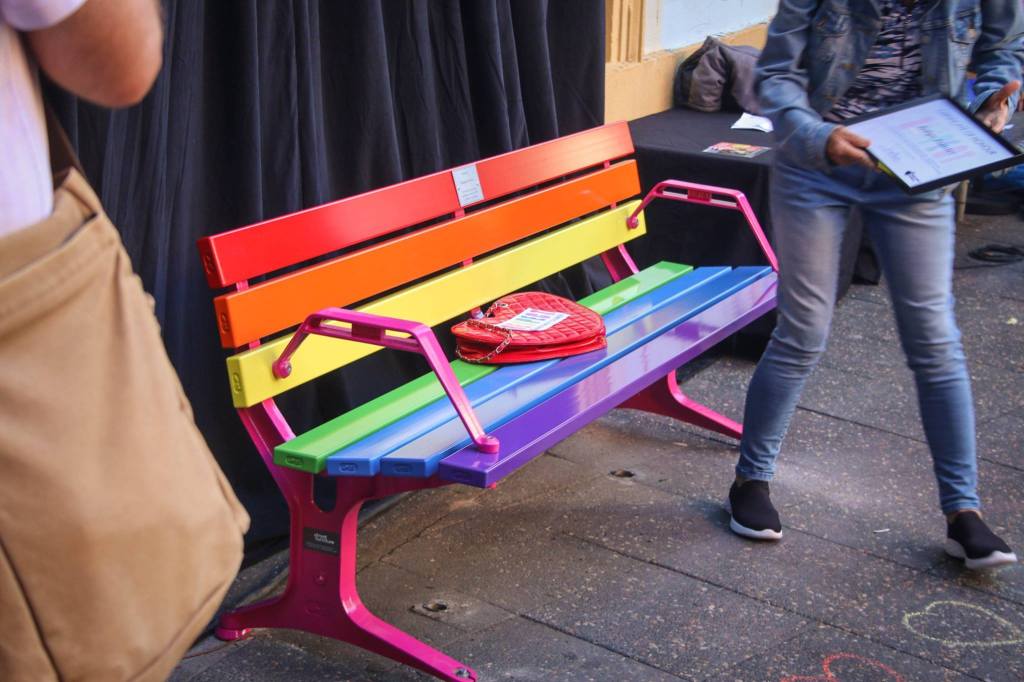 The council hosted a free community event for the unveiling with entertainment, guest speakers, food, and SCP  helping to get the creative juices flowing with more postcards to decorate. 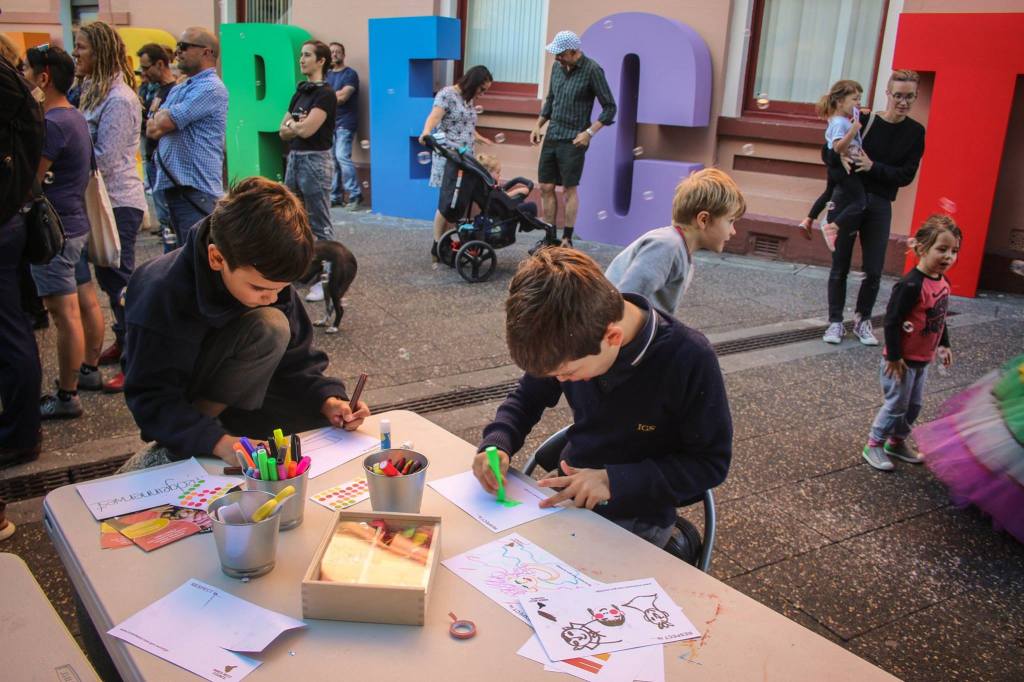 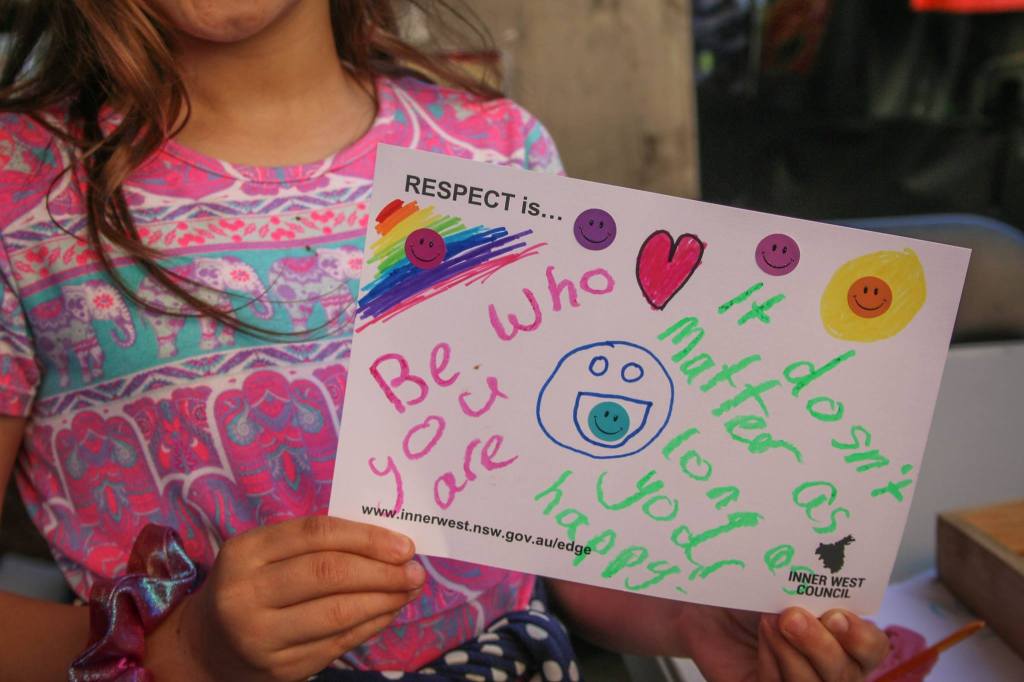 I love a good free community event, especially one that celebrates my beloved suburb. It was lovely to see a diverse crowd of people coming out to celebrate love and respect.

We also created more postcards at the Newtown Festival. I’ve been told that the completed postcards will be given to an artist who has been commissioned to create a mural on the side of the Newtown Neighbourhood Centre, to inform them about the local community. Can’t wait to see what they come up with!

This site uses Akismet to reduce spam. Learn how your comment data is processed.